How to Add a Bow Cone Print 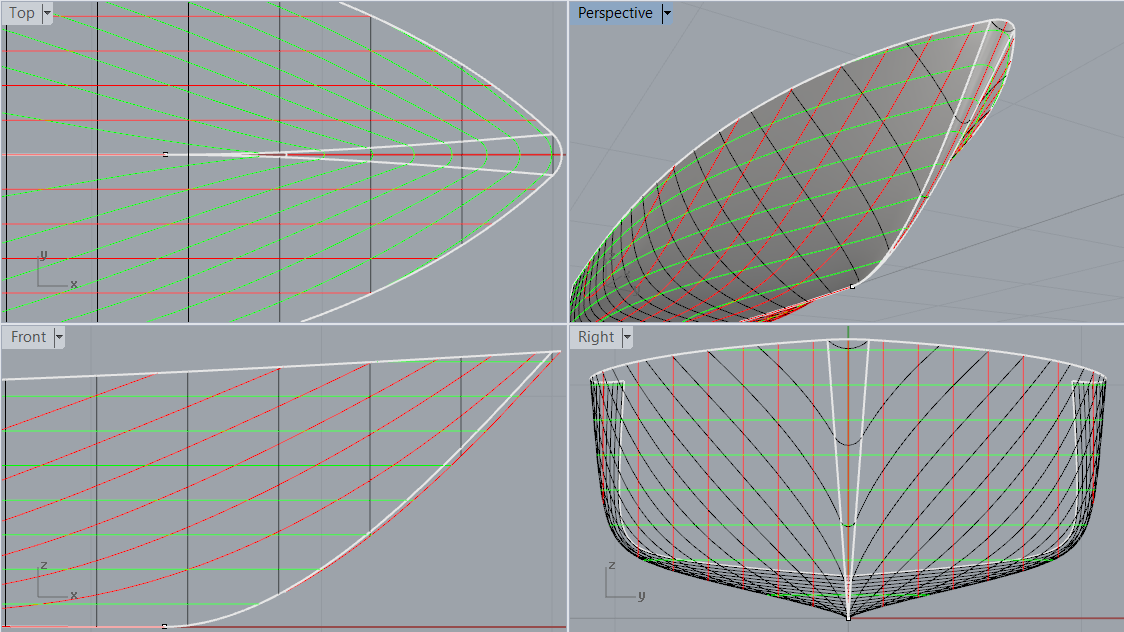 Begin by designing the hull surface so that the edge that would normally be the stem is, instead, the tangent line, pulling away from centerline as it rises from the forefoot to the deck: 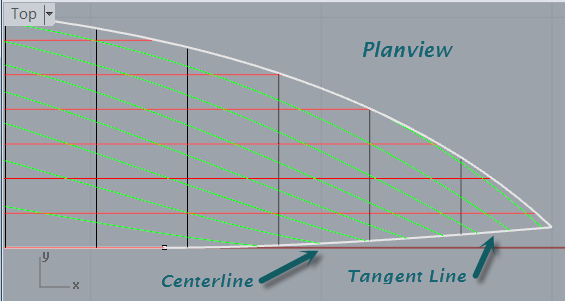 Next, mirror the hull about centerline, using Rhino’s Mirror command, and compute waterlines on both surfaces, using Orca3D’s section command. Next, use the Arc command, with the Tangent to Two Curves option to draw an arc at the sheerline, bridging the two surfaces and tangent to the two sheerlines. When using the command, position your cursor near the end of the sheerline; Rhino will show a tangent line and the end point of the sheerline. After selecting the second point on the opposite side, press Enter to draw the circle from those two points, and press Enter one more time to select the correct arc (there are two arcs that satisfy the conditions; the correct one will be obvious). 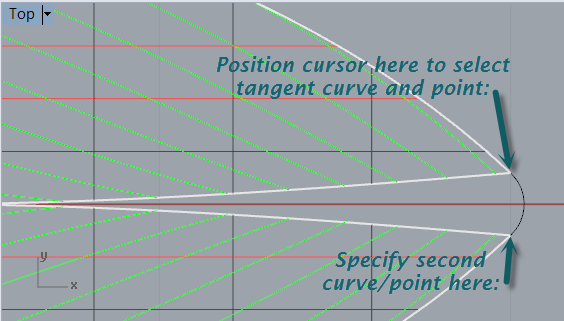 Start the Sweep 2 Rails command, and select the two edge curves as the rails. Then select the arc as a cross section curve. 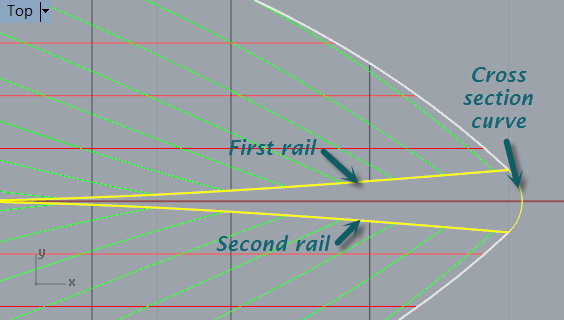 In the Sweep 2 Rail Options dialog, select “Refit within,” and enter a reasonable tolerance. Under Rail Curve options select Tangency for both A and B rails, and click OK. 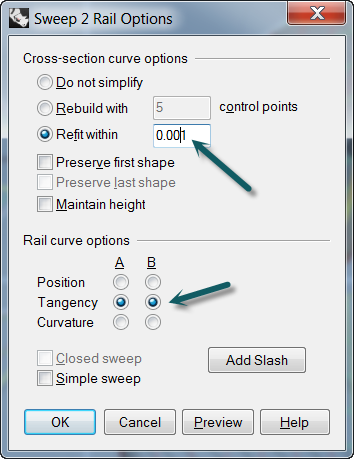 The surface will be created, and you can now select it and recomputed the Orca3D sections. Be sure to check the outward normal direction (Analyze>Direction); if the direction arrows are not pointing outward, use the Flip option to correct the outward direction. 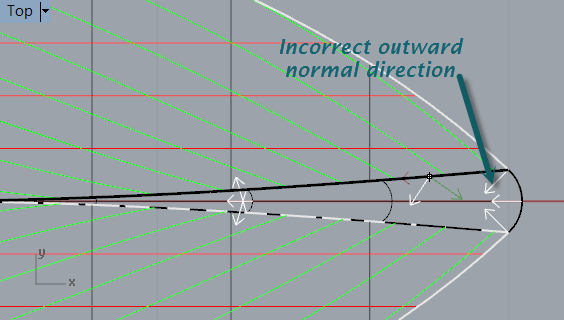 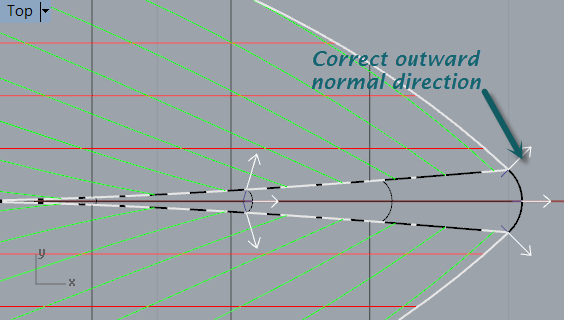